“Thank you for so many prayers today. Amy is out of surgery and the doctor said it could not have gone better. We would ask for continued prayers of the days, weeks and months to come as she makes a full recovery,” the rep said on Facebook.

“Thank you for all the prayers today! Amy’s heart surgery went well and she is recovering in the care of a great team of doctors,” the post reads.

Grant learned she had PAPVR after having a heart checkup in February. She shared the news Feb. 12 on Twitter during heart health awareness month.

“The first good news is that I am completely asymptomatic,” the singer said. “The second good news is that it’s fixable, so instead of concerts and camping trips this summer, I am going to take care of my heart.”

Since February is heart health awareness month, I want to send a shout out to my doctor, John Bright Cage. 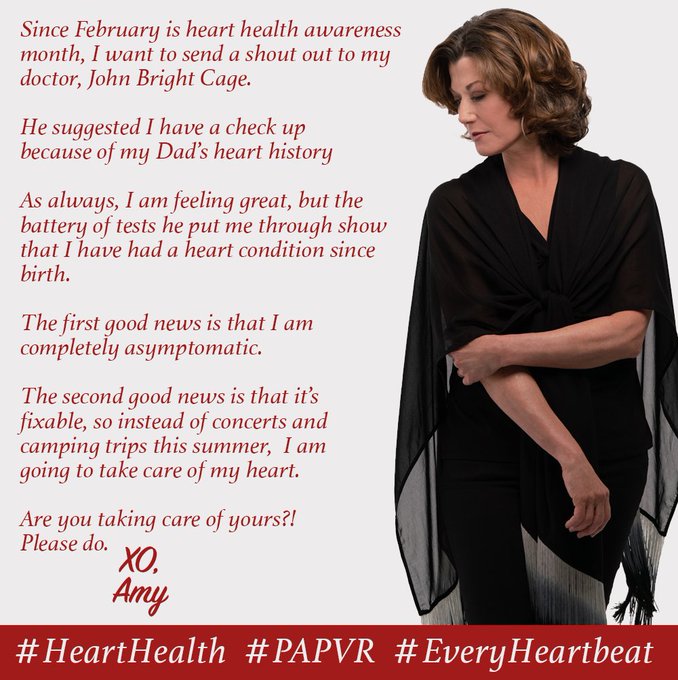 161 people are talking about this