Detroit casino not liable after $6 million is gambled away 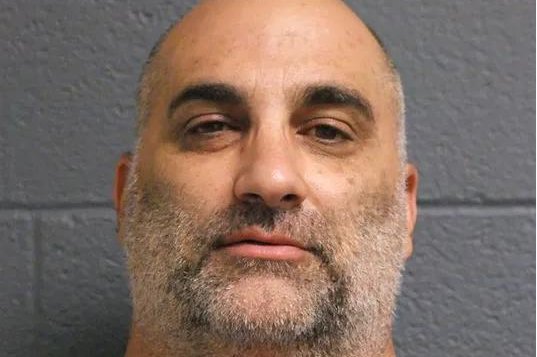 A three-judge Michigan Court of Appeals panel ruled Wednesday that the MGM Grand Detroit casino was not liable for the loss of $6 million investors gave for construction projects to Gino Accettola, who gambled it away at the casino. Photo courtesy of Michigan Department of Corrections
Feb. 5 (UPI) — A Detroit casino is not liable for $6 million earmarked for construction projects but lost in gambling, Michigan’s Court of Appeals ruled on Wednesday.

The three-judge panel upheld an earlier ruling in Wayne County Circuit Court, which rejected a case in which 12 investors sued the MGM Grand Detroit casino, saying it could have stopped Gino Accettola from gambling with money given him for construction projects in 2014 in Florida and Michigan.

He was convicted of a different crime of fraud in 2018 and is currently serving a prison sentence of seven to 30 years for financial crimes. It was revealed in his trial that he gambled away the investment at the Detroit casino. The judges ruled that, although the casino extended credit and other hospitality to Accettola and could have initiated a credit check, it is not liable for the investors’ losses.

“According to plaintiffs, a background check would have revealed that Accettola had no employment or other source for the millions he used to gamble at defendant’s casino,” the 11-page ruling read in part. “It also would have revealed that he had a criminal history involving identity theft and larceny by conversion, among other crimes, and that he had served significant time in prison.”

The judges ruled that the casino acted in good faith, was unaware of Accettola’s lack of gambling competence and did not know the money gambled was obtained for other purposes and thus indicated fraud.

Although Corey Silverstein, the investors’ attorney, referred to Accettola in court as “the worst gambler on the planet,” the judges agreed that the casino provided him “reasonably equivalent value,” indicating that the casino is not accountable for judging a gambler’s skill level before wagers are placed or accepted.