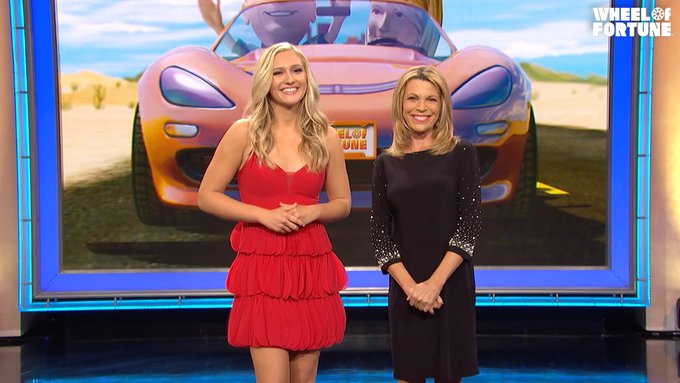 “He’s doing well,” Maggie Sajak said of her dad. “From the perspective of his daughter, it was a scary experience, I’m not gonna lie. But he’s doing great and I know he’s so excited to be back next week.”

Sajak returned to filming Dec. 5 but the show’s broadcast schedule has yet to catch up. Sajak explained as much in a filmed segment during Monday’s episode.

“I was back from my surgery last week and had a wonderful time on the show, and I’m not gonna be here this week. It’s not that I’ve had a relapse; it’s just because of the technicalities of the taping order and all that,” he said.

Sajak said on Good Morning America in December that his new episodes will begin airing the week of Jan. 13. Sajak told GMA he’s “feelin’ great” after undergoing emergency surgery for a blocked intestine in November.

“I’ve actually felt ridiculously good for several weeks,” he said. “I’ve been back in the studio actually, doing shows. Even spinning the wheel and, you know, nothing has popped. So I think it’s OK.”

Sajak said his surgery was “completely successful,” with no lingering health issues.

“I’m as good or bad as new, and that’s great,” he said. “I still have my wits about me. They didn’t remove that, so I’ll be selling vowels for a long time.”

Sajak’s fellow game show host Alex Trebek, the host of Jeopardy!, was diagnosed with Stage 4 pancreatic cancer in March. Trebek said in an ABC special last week that he’s rehearsed his final goodbye on the show.