Coach Bill Self and the Kansas Jayhawks men’s basketball team beat Stanford 72-56 Sunday in Stanford, Calif. File Photo by John Sommers II/UPI | License Photo
Dec. 30 (UPI) — An airplane carrying the Kansas men’s college basketball team was forced to return to California after one of its engines failed, following the Jayhawks’ win against Stanford.Kansas issued a statement Sunday, saying the engine failed when the team was 20 minutes into their flight from San Jose, Calif. No players or coaches were injured during the incident.

“The pilot immediately contacted the San Jose Airport where we returned and made a safe landing,” Kansas said. “We are grateful to the pilots and the entire flight crew of Swift Air.”

The Jayhawks spent the night in San Jose and said they will return to Lawrence, Kan., after finalizing their plans.

Kansas senior associate athletic director Ryan White posted footage of the incident Sunday on Twitter. The clip showed smoke coming from an engine under one of the plane’s wings.

“Plane blows engine on flight back to Lawrence,” White wrote for the Twitter caption. “We just landed safely back in San Jose.”

@KUHoops plane blows engine on flight back to Lawrence. We just landed safely back in San Jose. 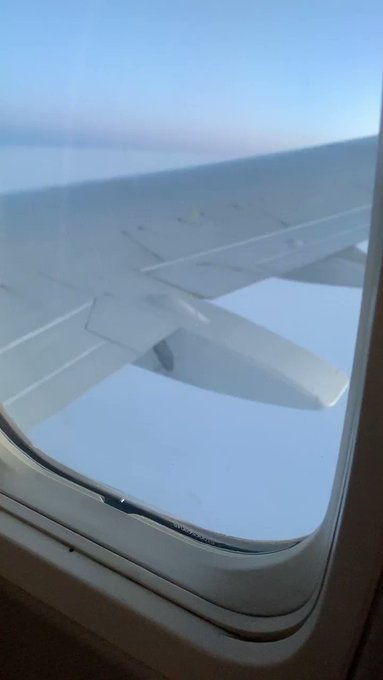 165 people are talking about this