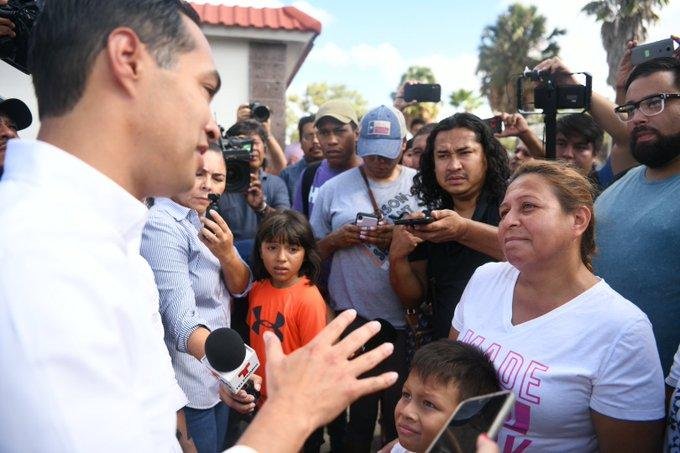 Castro crossed a bridge between the two countries alongside nine LGBT asylum seekers from Cuba, Guatemala and Honduras and a deaf Salvadorian woman with her three relatives, all of whom had been sent back from the border months ago by U.S. Customs officers as part of the Trump administration’s Migration Protection Protocols.

More than 50,000 asylum seekers have been returned to Mexico to await the outcome of their U.S. immigration court cases since the so-called “Remain in Mexico” policy, under which asylum seekers arriving from Mexico present their claim to U.S. authorities and are then forced to wait in Mexico while their case is processed, took effect in January.

Hours after being told the asylum seekers would have their cases heard, Castro wrote on Twitter that he learned they were returned to Mexico.

“By law, these migrants are supposed to be exempt from the Remain in Mexico policy — but CBP had decided to ignore their due process. Outrageous,” he wrote.

Castro, the former secretary of Housing and Urban Development under President Barack Obama, told NBC News that he would repeal the policy immediately through an executive order if elected president.

“There are thousands of migrants who are suffering because of Trump’s Remain in Mexico policy. They are being kidnapped extorted and subjected to violence. I want to speak out particularly for the most vulnerable, migrants with disabilities and migrants who are LGBTQ. They’ve been particularly hurt by this policy,” he said.