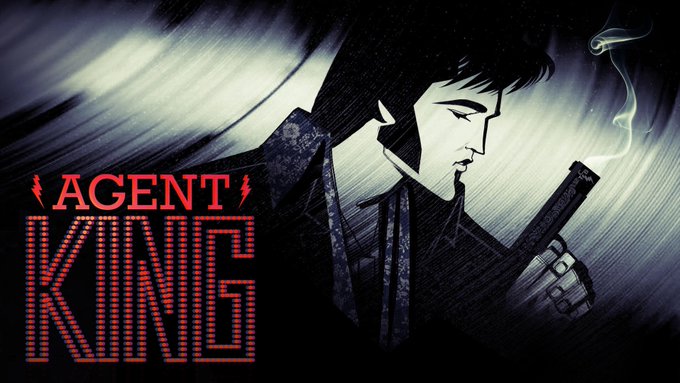 Priscilla Presley and Eddie will executive produce the new show, with Mike Arnold to co-executive produce and serve as showrunner and writer. Arnold has previously penned episodes of the FX series Archer.

Agent King imagines Presley, who died at age 42 in 1977, as a spy in addition to the King of Rock and Roll.

Priscilla Presley shared her excitement in a statement Friday.

“From the time Elvis was a young boy he always dreamed of being the superhero fighting crime and saving the world! Agent King lets him do just that,” the actress said.

“My co-creator John Eddie and I are so excited to be working with Netflix and Sony Animation on this amazing project and getting the chance to show the world an Elvis they haven’t seen before,” she added.

News of the series follows word Australian director Baz Luhrmann is making a new biopic about Presley. Austin Butler will play Presley in the film, which begins production in early 2020.